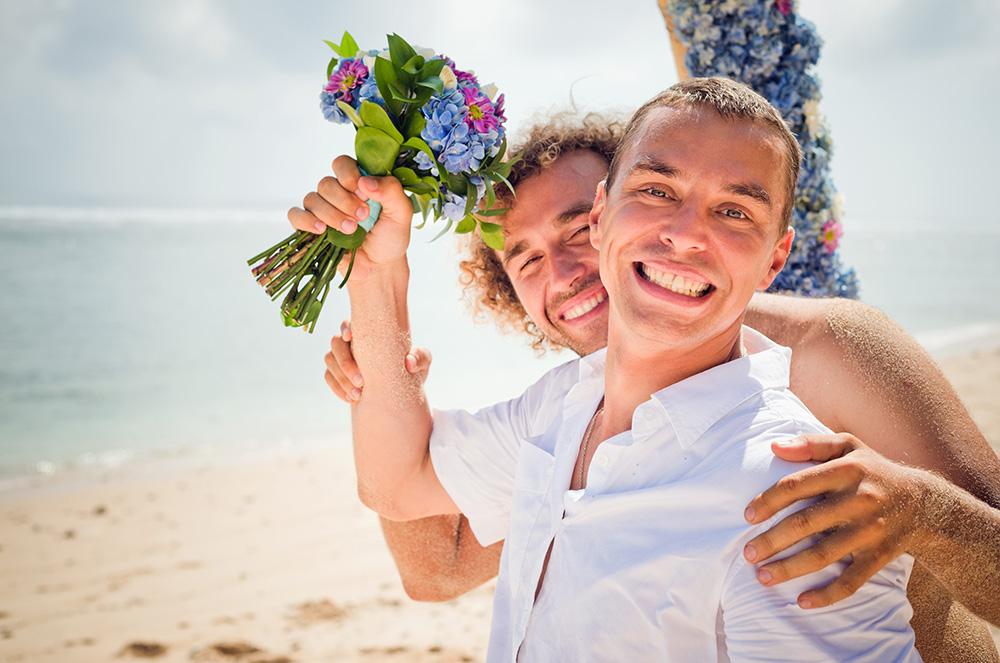 Life has changed throughout the past decade. The phrase “gay marriage” nowadays does not sound as something new or extraordinary. Today, even old people have heard a lot about gays and lesbians. Attitudes toward homosexuality are different in various societies. Social position on homosexuality depends on the accepted ways of conceptualizing homosexuality. In the twentieth century, the attitude towards homosexuality was affecting science and movements for human rights.

Gay marriage is a marriage between two people of the same sex, which is recognized by law or by social relationship. Gay marriage affects civil, political and social rights as well as the religious dogma in many countries.

Most Americans have a positive attitude towards legalizing gay marriage. Such are the results of the latest opinion polls. However, the head of the U.S. Supreme Court noted the gradual change in attitudes of politicians to this issue but the road to possible legalization of gay marriage is long and uncertain.

Press is negatively customized on gay marriage. In the press, the word marriage in this sense is set in quotation marks. In the U.S., most of the media departed from this practice. The Associated Press recommends using the word “marriage” for gays and lesbians and assumes the form “gay marriage” in the title without hyphen and quotation marks. At the same time, it prevents the society from using this structure because it creates a sense of legal inequality of gay marriage in relation to heterosexual.

Legalization of gay marriage, however, can not improve the situation in society but can even make it worse. There are different arguments against gay marriage.

According to Glenn T. Stanton, “it was 1969 when Ronald Reagan, enacted the world’s first no-fault divorce law, dismissing the essential “till death do us part” part of marriage with the wisp of a pen. Divorce replaced death as a primary cause of family brokenness in America – family change by expressive self-will rather than fate. The Gipper unwittingly tinkered with a fundamental part of marriage, launching a family revolution. This brings us to same-sex marriage" (Stanton).

Many people think that marriage has always been a union between one woman and a man historically. Society has focused on such union to defend its laws and traditions. Christ confirmed the natural beginning and basis of human’s creation as male and female. Sexes, created by God, are provided for distinguishing between men and women.

Marriage between man and woman is unique for its biological complementarities. It is a kind of relationship that naturally leads to the emergence of a new human being and ensures best conditions for development. Sexual differences between parents are necessary components of marriage. Two gay men or two lesbians can not create a new person. Even if a lesbian resorts to artificial insemination, she could not do it without “masculinity”. So, the child will have a father biologically. This situation is unfair to the child, who is deprived of the right to know his or her father.

According to Simon Mann, children of same-sex couples may be well raised and deeply loved, but they have inherently missed out on something fundamental; same-sex marriage is the latest push that puts the interests of children second (Mann).

Gay marriage undermines and weakens the traditional marriage. Just a certain pattern of behavior is approved; the next generation considers it as something right. The recognition of a homosexual marriage means equalization of these models in the minds of future generations. The next step will be destroying the understanding of marriage concept. For example, a British law, that recognized homosexual unions in 2004, does not contain such things as fidelity. The only basis for such marriage is sensual and erotic relationship. Such approach to marriage is opposite to traditional marriage. It is another culture, which tends to displace the correct understanding of sexuality and human relationships.

Schools will be forced to teach children a new definition of marriage. If homosexuality gets a legal status of marriage, the school will be required to teach children that homosexuality is morally acceptable. Teachers, who are against that, will have problems with the management of schools and might lose their job. Studying of the homosexual lifestyle is included in family education classes in many schools of Western Europe and the United States. Some schools are forced to carry out the so-called Day of Silence in solidarity with the homosexual movement and to honor the victims of repression against homosexuals.

Gay relationships lead to deadly diseases. Homosexual lifestyle is associated with fear of AIDS and other sexually transmitted diseases, because it is a constant risk of death. For example, in September 2010, the American Center for Disease Control and Prevention in Atlanta (subordinated to the Ministry of Health of the United States) has published statistics on the health of gay men in the United States. Despite the fact that only 4% of men in the U.S. had homosexual contacts, they represent 50% of AIDS patients. At the same time, the agency Reuters wrote that the AIDS epidemic among homosexuals in France got out of control and the representatives of the health system do not know what to do. French National Institute of Health noted that men, who carry out homosexual life experience, had two hundredfold higher risk of contracting AIDS. Defenders of gay marriage argue that legalization will eliminate this risk. However, statistics prove that the problem is not in the legislation, but in the lifestyle. Homosexual couples have no concept of loyalty. Legalizing this way of life can not be directed at improving the future of human society.

The defenders of gay marriage name various pluses of such couples. First of all, homosexuals state that they understand each other better than heterosexuals. One can not really refer to different logics in gay couples. There is a clear understanding of the motives of the partner. There is also no separation of duties. Discrimination is not possible. No one should do something because he or she is of the opposite sex. Members of traditional families suffer from such responsibilities very often. There is mutual agreement about who cooks, earns, and throws out the garbage. There are no hard feelings.

Homosexuals have common interests and hobbies. It is not an obligatory rule, but there will not be separate interests like “shopping-football”. It is very convenient.

Scientists admit that children grow psychologically more adaptable in same-sex unions than their peers in traditional families. This was reported in the research by Nanette Gartell from the University of California in San Francisco (USA).

According to Douglas Farrow, “same-sex marriage proponents state that the parent-child bond lies beyond the immediate purview of marriage, as does the particular sexual act that produces children. They consider marriage as simply formalization of an intimate relationship between adults” (Farrow).

One should remember that such children have no mother or father. Therefore, they can probably have difficulties later.

Analyzing arguments for and against gay marriage, it is difficult to say that there are more advantages of it. For example, sharing clothes, having common hobbies and interests can not make a contrast for religious sin, absence of children or upbringing children by same-sex partners, and the risk of AIDS. Legalization of gay marriage can lead the society to degradation. The most important argument against same-sex marriage is absence of children. Two women or two men are unable to create a child. Therefore, humanity can simply cease to exist.