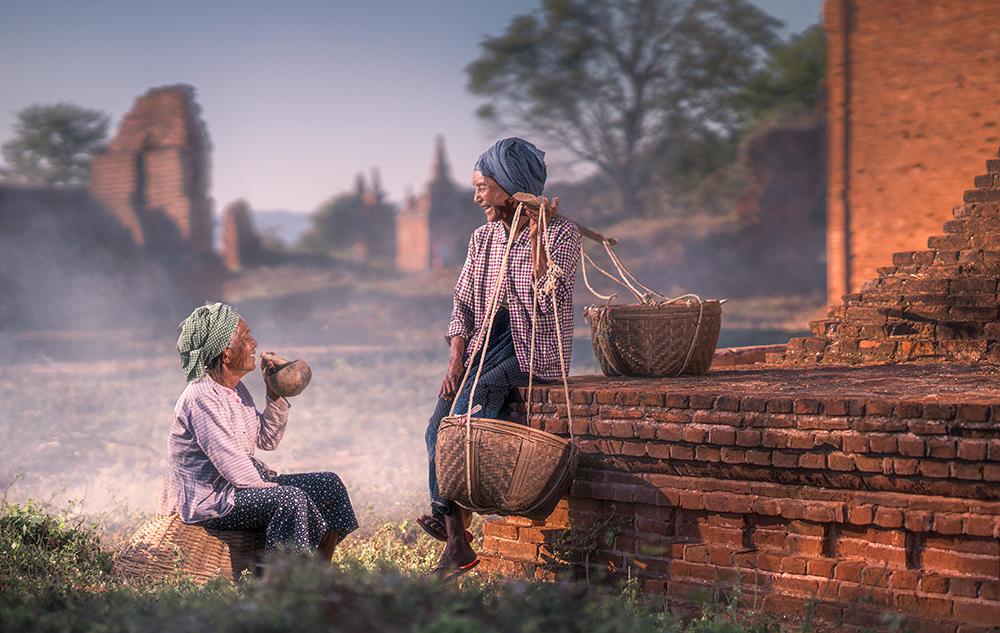 Culture characterizes a particular group of individuals, and it is defined by such aspects as arts, cuisine, music, social habits, and religion. Nowadays, in America as well as in other nation states largely populated by migrants, culture is affected by the peculiarities of numerous groups of people. Fundamentally, cultures are constantly changing. They are internally influenced by forces that resist and encourage changes (Deji 164). These forces are associated by many with the natural phenomena and social structures, and they are involved in the preservation of numerous cultural practices and ideas within the existing structures, which themselves are subject to change. Culture is a set of shared goals, practices, values, and attitudes; it characterizes an organization, institution, or community with its social practices that one may associate with a particular societal characteristic, activity, and field.

Inventions and discovery are regarded as the basic mechanisms of cultural and social changes. Discovery relates to the detection of new knowledge within the current scope. In general, it refers to the discovery of new comprehension of particular rituals and behavior. While discovery often leads to a new invention by a person, invention leads to the creation of new devices and processes. Despite various meanings, acculturation is often associated with the replacement of one culture’s traits with the traits of another one. Acculturation has already happened to the Native American tribes and many indigenous people across the world during colonization. Assimilation is the process of adoption of different cultures by individuals. For people inside the group, any cultural value is the core principle and ideal upon which the communities exist.

Hungry Hindu men would prefer to starve rather than kill and eat cows, although there are many of them roaming the villages and blocking the streets. It may seem illogical to an average adult in the USA, who eats over fifty pounds of beef annually. One may think that if humans have been hungry for a long time, then they should eat the cow. There are many cows roaming in India, and nobody owns them. However, everybody knows how to slaughter a cow and still hesitates to do it as if something stops them. The cultural value that the Hindu men believe is to respect gods and ancestors. Cultures adapt and evolve along with the opportunities, desires, and demands of the group members.

The core values that provide a basis for the Indian cultural group is individualism, collectivism, universalism, and particularism (Menon 17). Individualism is based on valued privacy, competition, praised individuals, and loyalty to self. Collectivism helps identify self within an important group. It emphasizes group decision-making, considers individual praise as shameful and uncomfortable, and regards goal as the group welfare. Universalism is the egalitarian and legalistic core value of Indians, who consider comfortable working and fairness above all. Particularism is associated with favoritism. Indians consider a goal as a group harmony, regard exceptions as the norm, and promote a hierarchical society.

Globalization is described by many as the process that violates cultural identity, tramples distinctiveness, and brings destruction of nuances, particularly in the cultural expression of the locality or the nation. The modern societies are multicultural encompassing various lifestyles. Globalization as the conception of uniformity assumes that every culture becomes the same as the today’s world (Featherstone and Lash 204). Globalization has generated complex interactions between cultures. The main conception of globalization brings a main challenge for the existing world culture. However, there are still many positive aspects of cultural globalization that fosters diversity and mixing of cultures. Globalization greatly affects the cultural sphere with developing hegemonic, ubiquitous, and homogenous through the lifetime. Globalization generates the significant forms of interconnection, reproduction as well as time-space aspect of different cultures and cultural practices.

The only way to ensure the cultural stability is to inculcate traditional values through the use of advanced technologies, mass media, and libraries to resist numerous negative changes of the present day. Consequently, just a few communities will neither reject globalization and changes in the technological sphere, nor will they return to the conventional pattern of the community’s organization especially nowadays, when they have developed a new pattern that helps them satisfy various demands during a lifetime.